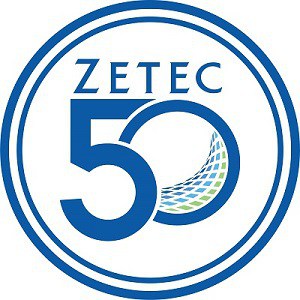 Zetec is celebrating its 50th anniversary, marking the company’s legacy as a global leader in nondestructive testing (NDT) solutions for power generation, oil and gas, aerospace, and other vital industries.

“Thanks to our customers, channel partners, our innovative products and a highly skilled workforce, we’ve accomplished far more than anyone could have imagined back in 1968 when Zetec began developing analog eddy current testers in a small office and dairy barn near Seattle, Washington” said Wayne Wilkinson, President of Zetec.

“Market conditions and regulations have evolved over time but our commitment to improving inspection productivity, reliability, and safety through advanced technologies has been consistent,” Wilkinson said. “As we celebrate our history, we’re looking forward to another 50 years of innovation and customer focus.”

In 1968, Zetec won a government contract to inspect steam generator tubing and developed an analog, single-frequency eddy current tester, a state-of-the-art instrument at the time. Over the next 20 years, Zetec’s eddy current testing equipment, training, and methodology became industry standards for nuclear power NDT, then in balance-of-plant and process industry applications.

Today, Zetec continues to focus on its core business – power generation, and has since expanded into other asset-critical verticals including Aerospace, Oil & Gas and Manufacturing. The company has grown to become a single source for eddy current and ultrasonic inspection solutions, designing and manufacturing instruments, probes, robotics, and software– a cohesive approach that optimizes performance and value. Zetec invests extensively in research and development to bring the most innovative NDT products to market holding numerous patents for instruments, probes and systems.

“The next 50 years will bring new opportunities for Zetec to advance NDT science and standards, setting ever-new levels of performance, productivity, and predictability,” Wilkinson said. “Our agility and drive to innovate will make a difference to our customers in every solution we deliver today and in the future.”

Zetec is a global leader in nondestructive testing (NDT) solutions for the critical inspection needs of industries the world counts on every day. For more than 50 years, we’ve advanced NDT standards and science that protect our customers’ most important assets and ensure the quality of their products, processes and services.

This website uses cookies to improve your experience while you navigate through the website. Out of these, the cookies that are categorized as necessary are stored on your browser as they are essential for the working of basic functionalities of the website. We also use third-party cookies that help us analyze and understand how you use this website. These cookies will be stored in your browser only with your consent. You also have the option to opt-out of these cookies. But opting out of some of these cookies may affect your browsing experience.
Necessary Always Enabled
Necessary cookies are absolutely essential for the website to function properly. This category only includes cookies that ensures basic functionalities and security features of the website. These cookies do not store any personal information.
Non-necessary
Any cookies that may not be particularly necessary for the website to function and is used specifically to collect user personal data via analytics, ads, other embedded contents are termed as non-necessary cookies. It is mandatory to procure user consent prior to running these cookies on your website.
SAVE & ACCEPT